In the City of Zhuhai, a newly developing modern eco environment is being created. MariMatic Oy's participation in this forward green-thinking project is to contribute its expertise in the waste management for the Soul of the City -project. 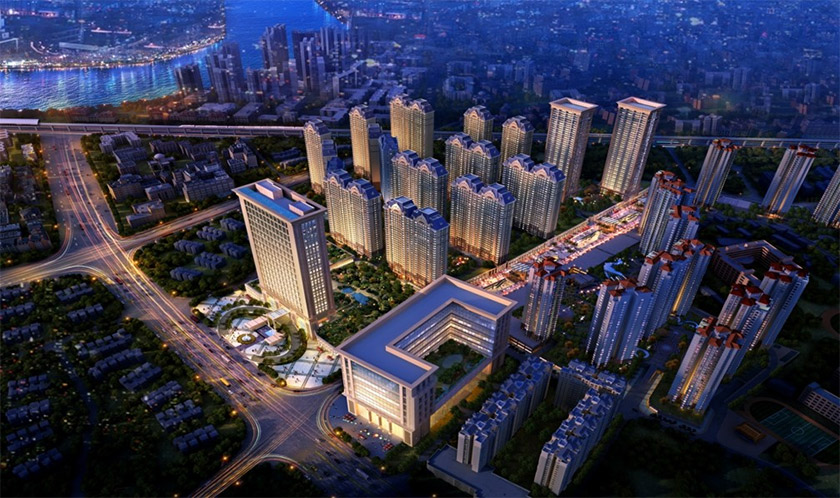 In the City of Zhuhai, a newly developing modern eco environment is being created. MariMatic Oy's participation in this forward green-thinking project is to contribute its expertise in the waste management for the Soul of the City -project. This MetroTaifun® automatic waste collection system has been designed for collecting four waste fractions from the city's housing and office complexes via pipe network with an expected daily waste collection of 12 tons from 542 waste inlets. The system will comfortably serve the needs of 6000 residents and additional offices.

The customer is Zhuhai Kadoo & Haijun Real Estate Development Company Limited, and it is very welcome news to know they are committed to sustainability and environmentally friendly construction. In addition to MetroTaifun® AWCS energy efficient system, there are other energy saving thermal energy systems, as well as advanced ventilation and air-conditioning systems (HVAC) from leading European suppliers.

This is the 1st phase of the larger project, and MariMatic Oy's MetroTaifun® AWCS is going to be taken into use in May 2015.

Besides initiating the installation of the AWCS system in Kruunuvuori, Helsinki, MariMatic Oy is in the process of building AWCS systems in the residential areas of Kivistö in Vantaa and Vuores in Tampere, as well as in Espoo, where the system serves commercial buildings in the centre of Tapiola. In addition, the automated waste and laundry collection systems supplied to the Malmi Hospital is ready to be implemented as soon as the hospital extension is completed in early autumn. Then over in Sweden, MariMatic Oy is building systems in Stockholm, Västerås and Linköping. Furthermore, the largest AWCS system in the world is under construction in Mecca in Saudi Arabia.

The company, MariMatic Oy, is a Finnish Cleantech company, which has developed leading vacuum conveying systems since 1983. The company has delivered more than 800 of these systems for various industries worldwide, in as many as 40 different countries.